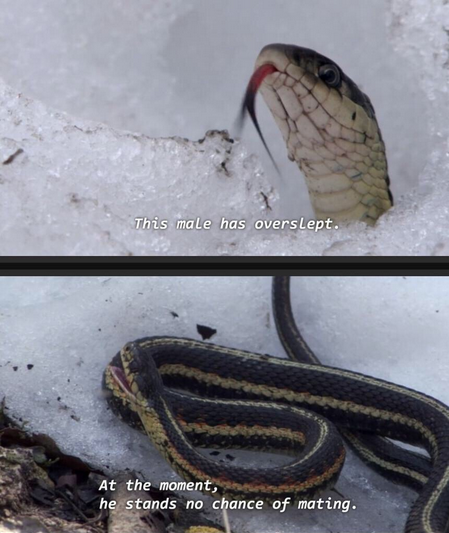 How to find an extra 5 hours a day

Sitting at a restaurant table, a friend was telling me the story of a wealthy uncle of his. He had tons of corporate success, loads of money, and was now nearing retirement. “My uncle confided in me,” my friend said, “that if there was one thing I regret most about how I spent my life, it’s that I always slept in the mornings. I squandered many cumulative years of my life with that wasteful habit of sleeping in.”

If you had loads of money, much more than you needed — what would you do with your mornings? Would you sleep in or would you wake up early and stay up? See there’s this default opinion of mornings. We think that waking up early and staying up is something we are forced to do because of a job or morning classes — but that if we had no need for that job or transferred our classes to the afternoon, we would be “free” to sleep in. Wealth, some think, equals the ability to sleep mornings.

Ironically, true wealth is the EXACT opposite. It’s true richness when you can wake up at Fajr and stay up to drink from the blessing and barakah of the provisions Allah dispenses in the mornings.

I have a confession; there’s a reason I’m writing this post. I’m one of those guys who has intense bouts of insomnia. The whole Ummah could be sleeping in Muzdalifah, during Hajj, and I’m sitting there awake for like 4 hours straight unable to sleep. It’s physically painful not to be able to sleep at night, to sit there for hours turning things over and over in my head. 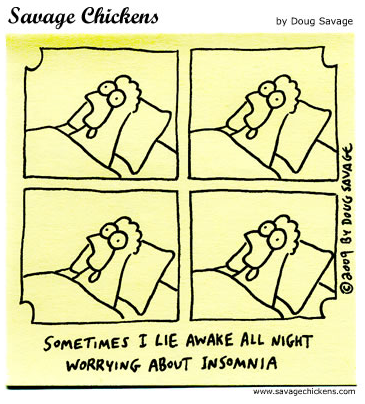 But the biggest consequence of my insomnia is that I sleep very soundly after Fajr, in the mornings, unfortunately.

I say unfortunately because I’ve recently made the intention to fight harder against this rhythm of mine: insomnia at night, restful sleep in the mornings. What triggered my renewed will was a sage dialogue between a righteous father and his son. That father,

the Companion Ibn Abbas, may Allah be pleased with him, once found a son of his in the morning sleeping. He said to his son, “Wake up! How can you sleep at a time when provisions (from Allah) are being dispensed?”

“O Allah, bless my Ummah (in their work) in the early part of the morning” (Tirmidhi).

The Companion, Sakhr al-Ghaamidi, may Allah be pleased with him, was the person who narrated this hadith. Worthy of note is that he applied this Hadith to his own business. It is said of him that he used to send out his trade caravans at the beginning of the day (acting on the Dua of the Prophet, sal Allahu alayhi wa sallam, that may Allah bless this Ummah in its mornings). And because of this early morning business habit, Sakhr excelled in his trade and became wealthy.

Think you’ll be more productive if you skip Fajr? Think again.
Committing to stay up in the mornings will make waking up for Fajr more attractive. Some might rationalize their laziness about waking up for Fajr: “I’m going to go to sleep after Fajr anyway, so if I just skip this 15 minute up/pray/roll back into bed routine, I can get undisturbed sleep for longer.” But it doesn’t work that way. A person who sleeps through Fajr wakes up, as the Prophet, sal Allahu alayhi wa sallam, said, Khabeeth AnNafs (in a rotten foul mood), and Kaslan (lazy).

Take action: 30-day Challenge
Whenever we think of a good habit that we want to make part of our lives, we think, “I’ll never be able to keep that up my entire life, so why bother even trying, why bother even starting.” Here’s the thing, you don’t have to cold-turkey yourself into a new wonderful habit that you’ll magically maintain forever and ever.

Just do this instead: commit to a 30-day challenge, and that’s it.
Let your body decide after 30 days what it wants to do.

This is how it’ll look, for the next 30 days, commit to staying up after Fajr. (Tip: If you feel sleepy in the late morning, early afternoon, just take a short siesta to refresh yourself). 30 days, no more.

Try journaling the benefits of staying up. Do wonderfully fun things that you never seem to have time for throughout your week (because you’ll have plenty of hours now in this blessed time-space). Enjoy a wholesome breakfast. Pray Fajr in the Masjid and don’t be in such a rush to leave. Enjoy reading Quran and remembering Allah. Get your top 2-3 most important tasks of the day done before anyone else wakes up.

And with this abundance of blessed extra time, if you could, please make a Dua for me. 🙂

Question for further discussion: When you are trying to implement a new beneficial habit, how do you do it? And has your strategy worked for you? (Comment below)

Very useful post. In sha Allah i ll try to continue these tip and avoid morning sleep.
Ofcourse this will IA provide me extra 5 hours to work.
Plz pray for me i m going to start it from tomorrow IA.

Jazakh Allah Khayr for this. I pray Allah benefit me with it more than I hope for.

MashaAllah ya sheikh! I hope to follow this advice in shaa Allah. By Allah, it’s a very nic piece information.

The problem isn’t to wake up for fajr, rather to stay up after it – if i could i would – despite sleeping early; sadly coffee and tea don’t even work on me! Furthermore with work/uni it’s near to impossible to take a power nap of any sort resulting in migraines and fatigue in the afrnoon or evening. If anyone has any suggestions feel free to help a brother out! JazakAllah khayrun.

All good and well, but what of those who simply cannot catch a nap in the daytime? – e.g. due to young children

Advice I hear from mothers, “get the young children to nap — and when they nap, make sure you nap to.”
Any other mothers want to chime in?

Sheikh Muhammad, what about this scenario: if you’re running on a power morning schedule for a good 20 days, praying qiyam, fasting, praying fajr, finishing morning adhkaar, praying duha (true story), then the time of month hits (for sisters) and ALL of that just goes down the drain for the coming 10 days 🙁
The body requires rest so you sleep in, barely get morning adhkaar in after waking up to a busy day, forget what place in the Quran you were at in your Qiyam ul layl… and when the time finishes…you are BACK to square 1 and it takes another week or so to even start getting up for qiyam let alone developing another power routine.
How can I develop a constant routine when I get knocked down every month this way?

Excellent advice mashalah,but what if the fajr time is 2:40am?

Heh. Would be easy if kids complied, but then you get the reaaallly stubborn ones 😉

Sadly I am unable to nap in the day due to being a mum and the time my baby naps I get the dinner done/go to work etc. Then it’s the school run and no chance after that. Living in UK when Isha is early I am to get children and myself to bed straight after to be up for Fajr. In the summer this can’t happen and it’s a time of extreme physical exhaustion. Only Allah swt knows how I can keep going.

We get that advice about napping with our children too but you cant mostly nap when they nap cos you have so many chores to do. Also youre not always sleepy when they are. Also how you children make you stay up at night and them breast feeding etc disturbs your sleep more and also makes you feel low on energy most of the time.

I agree because I an early riser, I usually wake up at 2 am and its my best time to do my chores and other things to include the office worklload i brought with me. i am more productive when there is peace and quite sorrounding. i tried overleeping and found out that the more i sleep the more i feel tired and lazy the whole day. i am not even much affected by the number of waking timee between my sleep hours and I am thankful to Allah s.w.t for this.

Allahu Akbar, this is what I have been looking for, a self-development article that has Islamic source

Dear BintA
I had the same mindset for 20+ years and then it dawned on me that i was making excuses
Who says you cannot wake up for Tahajjud, and fo dhikr or listen to tafseer at those times when you cannot pray salah? I found having children made it easier for me i wake them for fajr and force myself to wake up and do my morning adhkar sometimes (admittedly i fall asleep in my chair doing this) but alhamdulillah it had helped me maintain my Qiyam al Al Layl routine for close to 3 months now and I consider this success a huge blessing – knock out the excuse of the monthly’s it makes a huge difference

Aslm my beloved brother.may allah reward u abundantly for work you do for our deen.and also being a flagbearer.keep it up.waslm

Jazak Allah Sheikh, May Allah reward you for your efforts in this world and hereafter.

Assalamualaikum Ya shaikh.. It’s true.. If n only if u can put “all” of dem to nap.. I have alhamdulillah 3kids n it’s near to impossible for me to put dem all together as atlst 1wud always play spoil sport..i did try imposing it n got so stressed in d process.. Lol..i figured dey napped in d bus on d way home from school…so it all goes back to need basis..
But I sure wud love a siesta wide d kiddos 🙂

Assalamulaikum Brother,
i have decided to take this chalange of 30 days, but how can i make my husband do the same, in a polite manner sot hat he does not feel like i am insisting him or he feels like i m not letting him take rest.